The term “neurosurgery” is a short word for neurological surgery. It is a discipline that is primarily concerned with the diagnosis and treatment of the nervous system disorders. Neurosurgery is like a sister discipline to neuromedicine that involves the diagnosis and treatment of the neurological disorders and complications. Medications and non-surgical methods are used in the process. In most of the patients, neurologists who deal with neuromedicine work alongside neurosurgeons.

Neurosurgeons operate on the brain, the spine, or even the nerves of the limbs or extremities. Neurosurgeons treat patients of all ages, be it newborns with congenital neurological abnormalities that are birth defects or elderly individuals who may have suffered a stroke or something like that. In addition to that, neurosurgeons are also involved in the treatment of nerve injuries, neuroblastoma as well as infections of the central nervous system and neurodegenerative diseases.

A very main and important part of diagnosing and evaluating patients in neurology is involving the use of imaging studies such as computed tomography also popularly known as CT scans, magnetic resonance imaging which is known as MRI scans and angiograms as well.

Neurosurgery is said to be one of the most recent surgical disciplines in order to develop, originally gaining the recognition in the early 1900s. But it is now considered as one of the most cutting edge medical disciplines in the world of science and medicine. Neurosurgery involves the use of some of the most advanced technologies that are available in today's time. Talking about neurologists, so there are several sub specialities which a neurologist can choose in order to practice. Some of its instances include neurovascular surgery, neuro-oncology, pediatric neurosurgery, interventional neuroradiology, spine surgery, pain management, and nerve trauma as well.

TECHNIQUES AND PROCEDURE OF NEUROSURGERY

A myriad of neurosurgical techniques are being used and implemented by neurosurgeons in today's time. It is done so in order to correct specific anatomical or functional abnormalities in the brains of humans. Neuro surgery may be considered for conditions which cause the following mentioned things-

* Alterations to the brain tissue like benign or malignant tumors, some weird kind of deadly infections, swelling (oedema), etc.

* Abnormal or interrupted blood flow in the brain of humans such as cerebral aneurysms, subdural haematomas, subarachnoid and intraventricular haemorrhages.

* Alterations in the cerebrospinal fluid such as hydrocephalus, infection, etc.

* Alterations in the functioning of the brain including epilepsy or Parkinson's disease.

Surgical procedures that may be performed by the neurosurgery on the brain of a human are:

* Removal of brain tumors or any other abnormal tissue in the brain.

* Clipping of the aneurysms.

* Removal of the blood or blood clots from a leaking blood vessel in the body.

* Repairing the skull fractures or any kind of tears to the dura following trauma.

* Correcting the intracranial pressure in hydrocephalus with the help of inserting shunts.

* Treatment of the epilepsy by temporal lobectomy.

* Insertion of the electrons during Deep Brain Stimulation surgery in order to manage motor symptoms in the Parkinson’s disease.

* Draining all the fluid from infections.

Your neurosurgeon, who so ever it is, will make an informed decision regarding which surgical technique has to be used. He will consider some factors such as the location, size and surrounding architecture of the brain region requiring access and accordingly decide the technique and procedure of the surgery. However, we always suggest that you go fir a neurology second opinion before taking any huge step.

Below is a list of the different types of neurosurgery that are common and usually taken place:

Endoscopic endonasal surgery is a minimally invasive brain surgery wherein a thin and flexible tube which has a light source and a camera called an endoscope is been threaded through the nose and sinus. This in turn enables the surgeon to access all the regions of the brain which are hard to reach using conventional surgical approaches that require incisions, such as the base of the skull or the top of the spine. The endoscope illuminates all the regions of the brain so that the specifically designed tools can be well inserted through the nose in order to remove tumors or lesions.

Neurosurgeons might perform brain surgery while you are completely awake but sedated and this is called intraoperative brain mapping. This thing is frequently used by the neurosurgeons when operating on the tumors which are near critical areas of the brain such as brain areas which mainly control vision, language, memory, or even body movements. The neuro surgeon stimulates the areas of the brain with the help of small electrodes. This is what is called a cortical mapping and it helps to identify the function of the brain regions surrounding the site of operation. For better understanding, consider the example that the stimulation of a motor region will cause a limb to twitch, whereas the sensory areas might cause a tingling feeling. This whole process of cortical mapping enables a neurosurgeon to operate on the intricate areas of the brain with minimal risk of functional and other involved loss.

During a craniotomy, a  disc of bone or a bone flap is been removed from the skull with the help of a high speed drill. This thing enables a neurosurgeon to access the brain for any kind of surgical repair. The bone flap is then been replaced and secured with plates, sutures, or wires depending on the situation. Small dime sized craniotomies are known as burr holes, while the larger sized craniotomies are known as keyholes. The size of the craniotomy entirely depends on the underlying condition being treated as well as the region of the brain that requires access.

A biopsy is basically an invasive technique which involves surgically removing a small sample of brain tissue. It is done so with a view in mind that it can be examined using a microscope. The sample is then investigated for structural or functional abnormalities and that can help lead to the diagnosis or prognosis for a specific condition. Under any general anaesthesia, a neurosurgeon would safely drill a small hole in the skull and then insert a thin needle to remove a small piece of tissue.

Specialised imaging techniques, including magnetic resonance imaging also known as MRI and computerized tomography also known as CT scans, may also be used in conjunction with the craniotomies or endoscopic techniques. Scans are generally undertaken several days before the operation as they help the surgeon navigate to the precise area of a brain abnormality.

Somewhat similar to endoscopic endonasal surgery, neuroendoscopy is also a minimally invasive technique that uses endoscopes. But during neuroendoscopy, small holes which are about half the size of a dime are bored into the skull, nose, or even mouth. An endoscope is then inserted by the neurosurgeon to perform the surgery.

GET IN TOUCH WITH NEUROSURGEON DOCTORS TODAY

Looking for neurosurgeon doctors with the most experience performing brain surgery? If yes then use the doctor search tool that we, Doctor Click Away has provided. You can find some of the most experienced doctors, filtered by your insurance, location, complexity of situation, and other preferences. We can also help book your appointment for free in order to get neurology second opinion.

Second Opinion: Making Sure You Are Taking The Right Decision

How To Ask For A Second Opinion 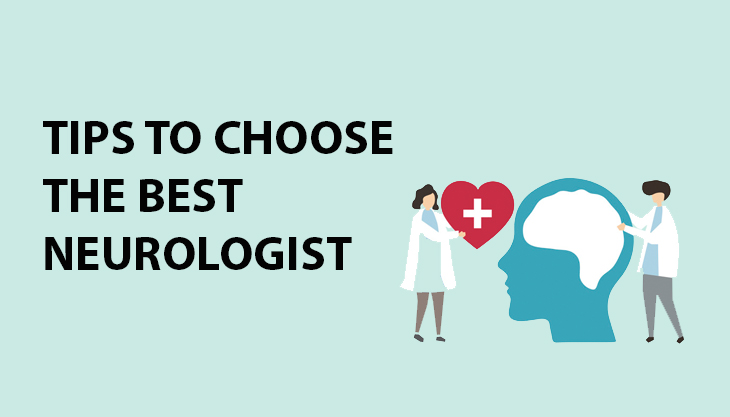 Looking For A Neurologist? Here Are Tips To Choose One
Call Us
Send Enquiry